Towards the end of 2011, David wanted to acquire a few CB400F’s to restore, as well as using the parts to get them replicated. At that time we had around 6000 customers in the UK who had bought parts from us for a CB400F. The response was greater than anticipated, mostly from owners who had stopped using their bike years ago, but hadn’t thought about selling it and in some cases, were too ill to ride anymore.

By early 2012, some of the motorcycle publications had started to show an interest in this project, and shortly after that, David received a call from James May asking to buy one. We prepared a blue one for him, he also kindly agreed to take part in a very in depth article about the CB400F published by Classic Bike. On a freezing day in March, he was riding up and down a stretch of road between Leiston and Sizewell, closely paralleled by a van with a photographer hanging out of it. Once the article was published we received dozens of requests to buy a restored CB400F, often in blue, with the bike we prepared for James as the standard benchmark.

Since then we have developed many more replacement parts for this bike, found specialists who can restore other parts such as clocks and developed techniques for working on other parts such as carburettors. To date we have sold around 30 CB400F’s, some complete restorations and others more of a refurbishment. Interest in this bike is stronger now than ever before, particularly in the UK and Japan, and we at DSS hope that it will continue. 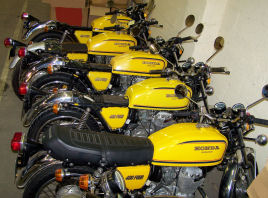 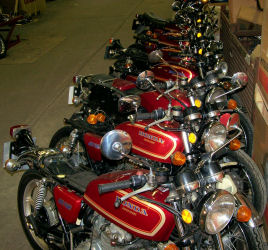 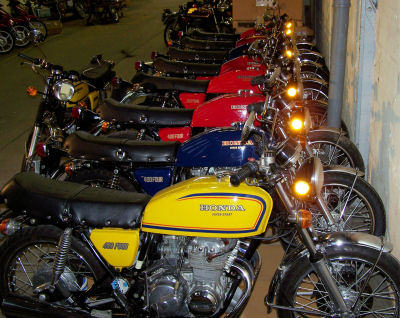